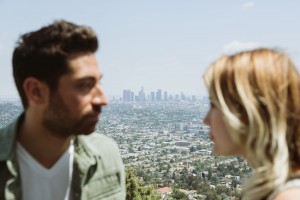 “If we spoke a different language, we would perceive a somewhat different world.”

Globalization of businesses have an important social consequence – we are experiencing more and more social interactions with people from various cultural backgrounds. In some cases, these interactions often require us to learn a new language. At the same time, however, globalization is inadvertently pushing for uniformity in language – English. So while globalization, brings together different cultures and the need to be multilingual, there is still an established “norm” in the way businesses communicate.

At Twassistant, we believe that diversity allows for a wealth of perspectives. This allows us to align ourselves and understand the values of the people we work with. Being multilingual is an important aspect of this. A report by the European Centre of for the Development of Vocational Training finds, however, that in the EU “63% of the adult population say that they know at least one foreign language. But only 31% say they know it well.” Elsewhere, Forbes reports that America is experiencing a foreign language deficit. Multilingualism, as it stands, sees less importance in both personal and professional life.

Two English speakers will bring cultural assumptions into their speech despite speaking the same language. A simple example of this is in the use of our pronouns. In North America, with the tendency to be more individualistic, the use of the singular “I” or “my” is used for an individual’s viewpoint. In a more collectivistic culture, such as Japan, the use of “we” or “our” may still refer to that same individual’s viewpoint but the language indicates that there is social confirmation. While the viewpoint is still the individual’s, the use of “we” may confuse a North American who is unclear as to whether it is the individual expressing his/her opinion or that of the collective. In reality, it is both. The good news is that while most of us use English to communicate, there are still ways we can break down intercultural communication barriers without having to learn a new language.

How do we go about tackling intercultural communication? The DESO model, developed by the American Management Association, is a great first step. The DESO model is a 4-step process:

D Describe the exact behaviour that is under discussion and your interpretation of it. Determine the important facts; be objective; use concrete terms.

E Express your feelings about the situation. If are upset, confused, frustrated, just say so calmly, directing yourself to the behaviour and not the person. Evaluate all perspectives, showing respect for the other’s point of view. Examine the intent as well as the content.

S Specify the new behaviour you would prefer. Speak about alternate approaches.

O Outline the outcome, the positive results expected from the new behaviour. Observe how everyone needs to know the consequences when suggested changes are put into effect. Offer feedback and positive verbal support.

One example of how DESO may be followed when talking to people from other cultures is:

“Today, when I made my presentation, you had your head down and your eyes closed. I thought you were asleep and that bothered me. Here, we show full attention with our eyes and our posture, but I understand it may be different in your culture. It would be helpful in the future if you could try to pay attention the way we do, and I know people would appreciate it. If you continue the same as you did today, people will consider you to be rude. Aside from that, I really enjoy our working together.”

At times, the workplace can be a challenging place to connect interculturally for fear of offending someone or being misinterpreted. But keep in mind the above steps the next time you see a colleague or a friend that you’d like to better communicate with. Chances are, you will see progress and he/she will be glad you reached out. We wish you the best of luck and let us know how it goes!

Copyright 2018, Twassistant
Back to Top