The Medici Effect and How to Tackle Workplace Challenges Innovatively 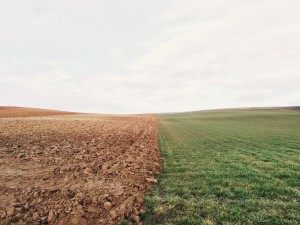 These might be familiar situations: You’re in a meeting with your executives trying to develop a new plan to market your new service. Or you’re working with your virtual team members on how to improve the recent slump in work engagement. There is a challenge. You need to fix it. But how?

The Medici Effect observes a particular innovative spark that occurs when seemingly unrelated fields or disciplines intersect. (Medici is a reference to a banking family in fifteenth-century Italy who funded creators from a wide range of disciplines. As as result, Florence saw an explosion of interdisciplinary and intercultural breakdowns and innovations.) It is in this “Intersection” that Frans Johansson, in his book “The Medici Effect”, says “…you can combine concepts between multiple fields, generating ideas that leap in new directions…” In other words, by arriving at these intersections, we can approach workplace challenges innovatively.

Take the example of this report on biotechnicians inserting a silk-producing gene from a golden orb weaver spider into a herd of goats. By doing this, their goal was for the goats to create milk that contained the gene. Because the idea of a spider farm was unfeasible – golden orb weaver spiders are cannabilistic – the solution was to harness their high-tensile and five-times-stronger-than-steel silk in the milk of goats. The application of the silk could range from air bags, fishing line, sport jerseys to ophthalmic sutures and artificial tendons.

Or consider Marcus Samuelsson – the youngest to receive a three-star restaurant review from The New York Times at 24. Born Ethiopian, he developed his culinary arts in Sweden. In 1991, he moved to the United States to apprentice at the restaurant Aquavit, where he would later become executive chef. Eventually, he would move on to open a second restaurant, Riingo, serving Japanese-influenced American food. In his culinary endeavours, Samuelsson has always attempted to integrate culinary styles of different countries. This is highlighted in 2009 where he cooked for Obama’s state dinner in honor of Indian Prime Minister Manmohan Singh and was reported to “combine sustainable and regional foods which reflect the best in American cuisine yet evoke the flavors of India.”

In each of the above examples, a non-linear approach was taken to a particular problem. Biotechnicians did not try to harvest spider thread from the spiders. They realized they could do it creatively using sheep. In Samuelsson’s case, he was able to cater to the palates of an audience who themselves were multicultural – New Yorkers, Prime Minister Singh and President Obama – that would appreciate his exquisite blend of fusion cuisine.

An Exercise in Creativity

So we’re still trying to market that product. And we’re still trying to get employees engaged. But we want to differentiate ourselves and we don’t want employees to fall back into a cycle of disengagement – we want lasting and impactful results. This isn’t to suggest that there’s one of way of doing something. In fact, there generally hardly is. What’s important to realize here is that there’s usually going to be more than one way of doing something that can still be long-lasting and impactful.

We just need to think outside the box.

How do we do that?

2. Clearly describe or write down the problem.

3. Have everyone sit at a table together each with a blank sheet of paper.

The idea behind brainwriting is that, hopefully, you and your team will be able to develop a smorgasbord of ideas. And you will. With most of this being done in silence, everyone has a chance to more fully develop their ideas. From here, you can then open up a dialogue where members can then discuss which ideas are best to pursue.

Give it a try! Not only will this be a fun and creative way to engage people at the workplace but, who knows, you might discover a great new solution in your endeavours!

Copyright 2018, Twassistant
Back to Top